RedHat 9 installed perfectly. This is very nice. Also, the nVidia drivers are now easier to install on Linux than they are on Windows. I didn’t even have to reboot. If you’re into Linux, you should check out the new RedHat.

Today’s a great day for Linux users. RedHat 9 is available for download, and nVidia has just released updated video drivers.

I downloaded everything today at work, so now it’s time to back-up and install. I’ll post again when I’m done.

We worked on another group project today in my Systems Analysis class. We spent about 30 minutes in groups working on a database schema, then in the last part of class he puts each group’s work up on the overhead and we all critique it.

Upon seeing part of my schema, the professor said: “If you do this on the test you will get a zero.” That’s his way of saying “Don’t do this.”

I am so glad this semester is almost over….

I’ve added a new game to my projects page, For now I’m calling it Tony’s Blocks. It’s a falling block game similar to tetris. Here’s a shot of it in action: 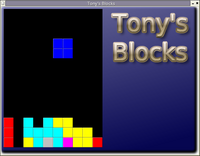 There are lots of websites selling independent games these days. Most are small puzzle-type games, not much more complicated than this one. Here are some of those sites:

The point of all this is, I have the programming skills to make a game that would sell on sites like these, but I need art to make a great looking game. I would love to find someone looking to spend a few evenings a week drawing simple 2D graphics. So, if you’re an artist looking to get involved with something like this, e-mail me or comment below.

Here’s the screenshot of my home computer. This shot is RedHat Linux with GNOME 2.0. I’m playing Final Fantasy 3 using ZSNES, while watching the second short film from the Animatrix. If you’re into anime and you haven’t watched any of the Animatrix yet, you should really check it out. 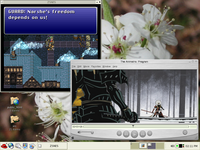 Naysayers often claim that there aren’t any games or multimedia applications for Linux, so I thought I’d dispel that myth.

Now I’m off to write a paper – spring break is over so I’m back in class next week. 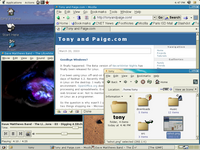 I’m running RedHat Linux at home. I’ll try to post a screenshot of it tonight.

It finally happened. The Beta version of NeverWinter Nights has finally been released for Linux.

I’ve been using Linux off-and-on for a long time now – since the days of RedHat 5.2. Recently there have been huge improvements in Linux on the desktop. I really like the GNOME desktop environment. OpenOffice.org does everything I need as far as word processing and spreadsheets. Everyone knows Mozilla is the best web browser ever. Not to mention that I’m much more productive on Linux as a programmer.

So the question is why wasn’t I using LInux all the time. There were two things stopping me – Microsoft Money and games. I’ve recently started playing around with GNUCash, and it really has the potential to replace Microsoft Money for my needs. Now that NeverWinter Nights is available for Linux, I really don’t have any more excuses.

I’m writing this post from Linux (RedHat 8.0 that has been heavily customized), and I plan on continuing to run Linux until I find a compelling reason to go back to Windows. I’ll post some screenshots of Linux once I finish downloading NeverWinter Nights, so people who aren’t familiar with it can see what free software is capable of…

Back on March 2, I posted pictures of the snow and ice. Now, two weeks later, the tree in our back yard is in full bloom. Paige took some great pictures of it over the weekend. 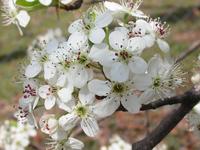 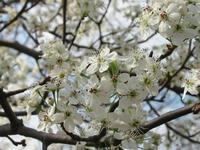 We think this is a Bradford Pear tree, maybe some tree expert could set us straight. I’m using this last picture as wallpaper on my computer. I love the sharp white flowers against the blurry background. 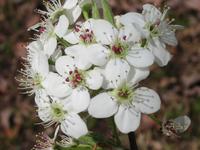 Paige has taken so many pictures of the flowers around our house that I have enough to fill a gallery. I’ll try to get that added soon, along with a gallery of some of our cloud and sunset pictures.

I uploaded my fifth tutorial last night. This one is called Managing Game States in C++. Maybe one of these days I’ll write a book.

I still have a little bit of cleaning up to do in the text of this tutorial, and some parts will need to be explained more clearly. But, the code should be good enough to explain exactly what’s going on.

I’ve already gotten some nice feedback on my Lua tutorials, and I’m interested in hearing what people think of this one.

Geoff and Tony stopped by for a visit during spring break. I somehow managed to take pictures of both of them without goofy looks on their face. 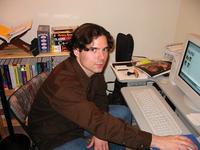 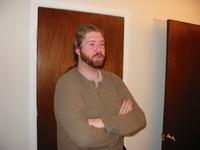 I’m getting much better at surprise photography.